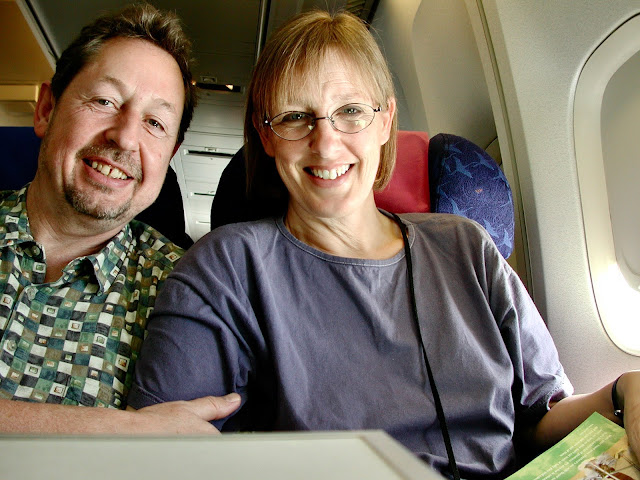 Tuesday 21 May 2002
Jude and Tony find an OK seat on our flight to New York.
On the Boeing 747-400 BA177
The in-flight video map shows us flying towards Toronto, from London to New York.
Out of the window we see the coast of Canada.
Hotel Pennsylvania. 401 Seventh Avenue at 33rd St.
Fourth largest in New York City with 1700 Rooms. Stands opposite Penn station and Madison Square Gardens. Built in 1919 by architects McKim, Mead & White, who also designed Penn Station [now torn down], the Waldorf Astoria, and 8th Avenue Post Office.
The Glenn Miller Orchestra, who played in the hotel's Cafe Rouge Ballroom,  immortalise the phone number in their 1938 hit 'Pennsylvania 6-5000'.
The view from our room looking down 33rd Street towards the  Empire State building.
We eat egg and chips, and drink some coffee,  at the Tic Toc Diner on the corner of 34th and 8th Avenue late on Tuesday evening.