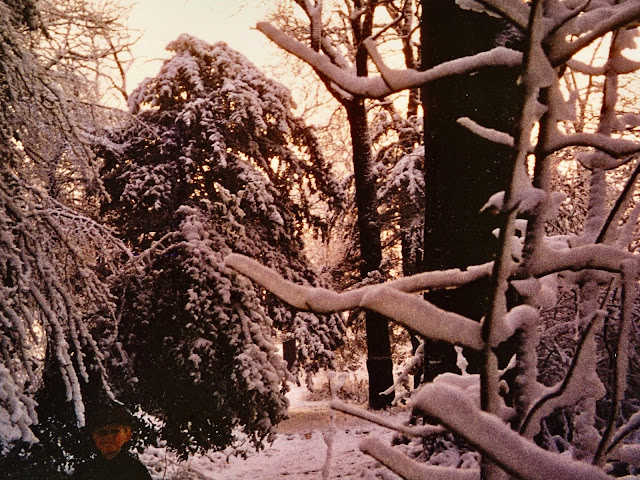 In the left corner of the photograph is Roy, who moved into Clarence Farm, with his brother Peter, mum, Joan, and Dad, Fred. We had lived at Clarence Farm before we moved to Bank Lane.


This was originally posted on Text America in 2004, the early days of blogging, moblogging and photoblogging.

6. Google on the Sportsman - 'The first Sportsman cost over £13, which shows how even basic 35mm cameras were relatively expensive at that time. The average unskilled working man's wage was only about £12 per week in 1957'. (<a href="http://website.lineone.net/~mauricefisher/" rel="noreferrer nofollow">website.lineone.net/~mauricefisher/</a>)
Posted by Douglas on 12/17/2004 11:54:42 PM

7. Douglas, thanks for the link and useful information. I'll update the caption and try and figure out exactly when this photograph was taken.
Posted by tony on 12/18/2004 5:13:00 AM

10. Christmas 63 is the first Christmas I distinctly remember. The aluminium Christmas tree, the carousel light (red,then blue, then yellow, then green... and back to blue and round and round it went with the tree reflecting the colors through out the long night I hid and waited for Santa. Until my fahter found me behind the big chair "asleep" he picked me up and carried me back to my bed. (Sometimes I still remember the floating feeling .-) Santa came a new red bike, and a red cowboy shirt and six gun cap shooter. And I remember the snow and ice... and the torture of a bike that could only be rode down a hallway, because it was too too cold to go outside! Beautiful picture Tony!
Posted by Greg on 12/18/2004 2:08:45 PM