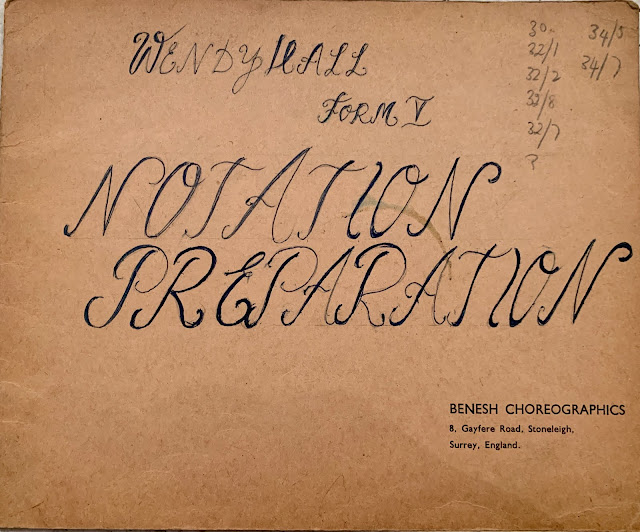 From Wendy:
The beginning of 1960 was dominated by the preparation and revision for a number of critical exams. It was my final year at the Royal Ballet junior school at White Lodge, Richmond Park, where I had won a scholarship in 1956 and in addition to the usual end of term ballet exams (these would determine whether or not I had reached the required standard to allow my return), the GCE exams were looming. A series of 'mock' exams were held immediately after Christmas with the 'real' exams taking place from June through to late July.

I was well aware that according to the terms of my scholarship that if I was to have any chance of graduating to the senior school based at Colet Gardens, Barons Court I needed to pass all my ballet exams and obtain passes in at least five academic subjects. Despite being under constant pressure practising and revising I managed to graduate that year and amid much apprehension and excitement started at Colet Gardens in September 1960.

Daily attendance was required in term time, including every Saturday morning. There was a very full programme to take on board including mime and character classes, pas de deux, stage craft and makeup, Benesh notation etc, etc. Plus the usual end of term exams.
. Monday, June 01, 1970