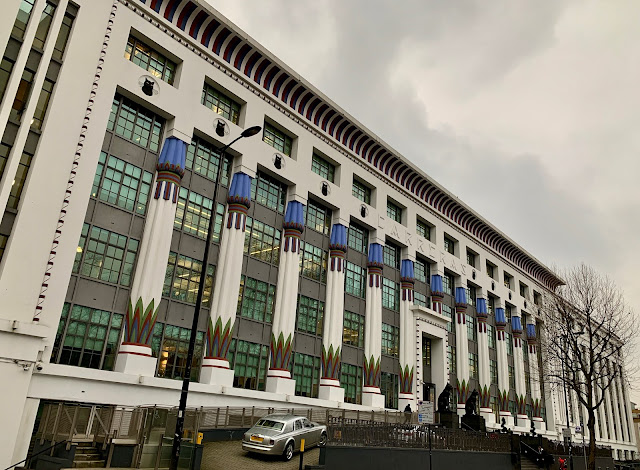 From Marilyn:
Wow! I was working there right before I came to the states so I think between 1972 and 75. I was still living in Clapham Common. I used to get on the bus at the end of the street and it would go all the way to Mornington Crescent - I hated going on the Northern Line. I really liked the job I was secretarial assistant to Paul Best, the Creative Director and used to type up scripts and copy for the Creative Department. We had some big accounts: TWA, Bass Charrington, including Smirnoff and J&B, Proctor and Gamble, to name a few I remember. That was when Ridley Scott and his brother were still making commercials! He worked on quite a few of our accounts. Thanks for jogging my memory of 45 years ago!
. Thursday, July 02, 1970