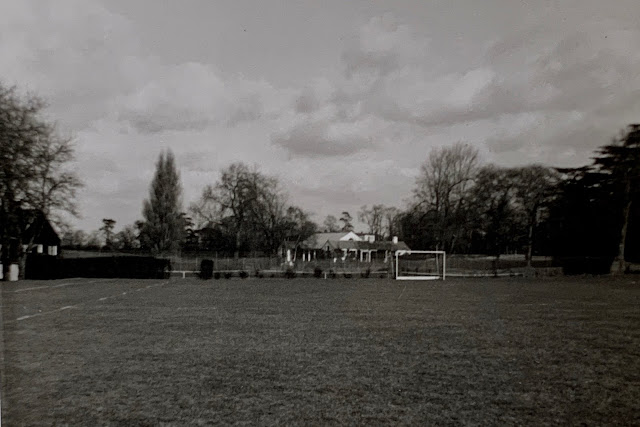 I walk out of our house in Bank Lane, out the back gate past the pavilion, where I have a Hornby train set that my dad mainly built, and a work bench where I would fiddle around with engines and make things. Made some planes. With engines. Flew them on this hockey field. Walk across or around this familiar hockey field, part of my everyday life, into the woods, sometimes running, sometimes with a bow and arrow, sometimes with an air gun? Often by myself. And sometimes go and help the 'grounds' men with some work on the fields. Especially in the school holidays when I would get paid with the men. Have my own pay packet. Not sure how my dad organised that. Think he had a budget for casual staff. One or two people would be added to the staff during the summer months. Often from Australia or New Zealand they would be students of groundsmanship or into cricket or rugby or football. Not sure if anyone was into hockey.
. Tuesday, January 06, 1970